Today we released a new version of FarmBot OS (v8.1.0) and deployed a new version of the web app. This release includes a major and long-anticipated feature allowing you to make sequences that perform farming operations on groups of plants, rather than just individual plants. Here’s how it works:

First, notice that there is a new icon-based navigation menu in the farm designer panel. Clicking the third icon from the left will open the new Groups panel: 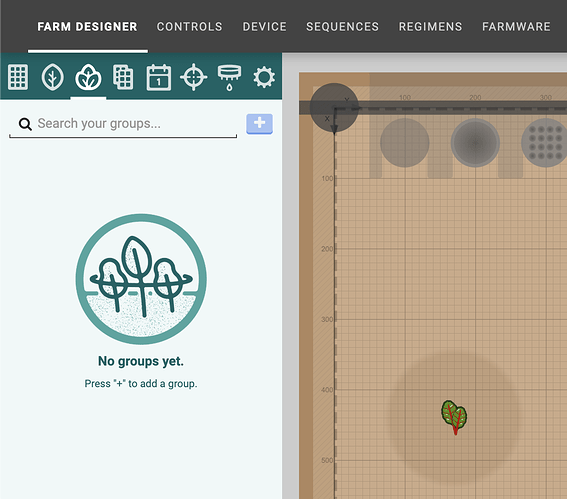 Once there, click the + button to begin creating a new group via box-selection. Please note that creating a group isn’t yet supported on small screens. 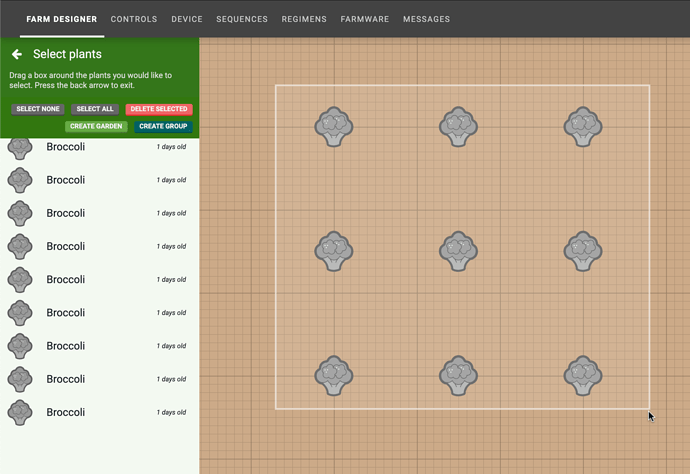 Once the group has been created, give it a descriptive name. Then choose the SORT BY method. This will change the ordering that FarmBot uses when traveling to each plant in the group. A dashed line will be shown in the map visualizing the path that FarmBot will take. Mousing over plant icons in the panel will also highlight the corresponding plant icon in the map. 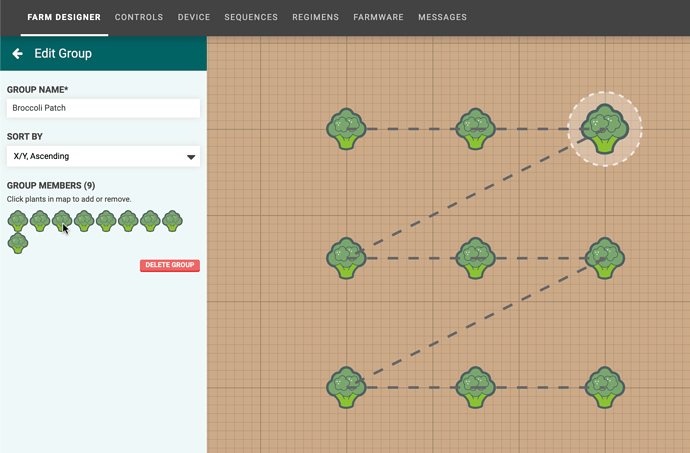 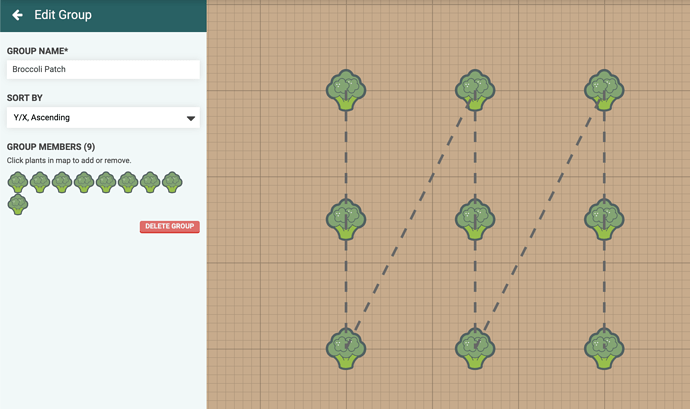 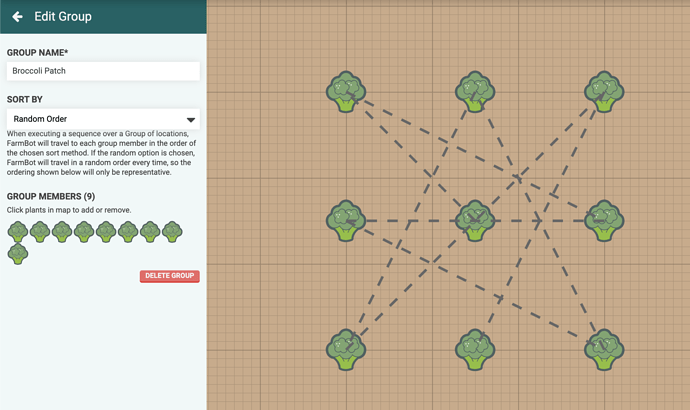 Once you’re happy with your group, try it in a sequence! Simply create a sequence with an externally defined location variable: 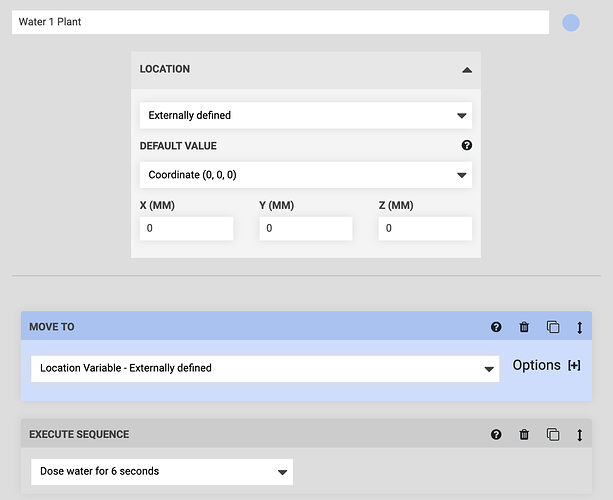 Then use the TEST button, making sure to select your group. FarmBot will then execute the sequence multiple times - once for each member of the group! 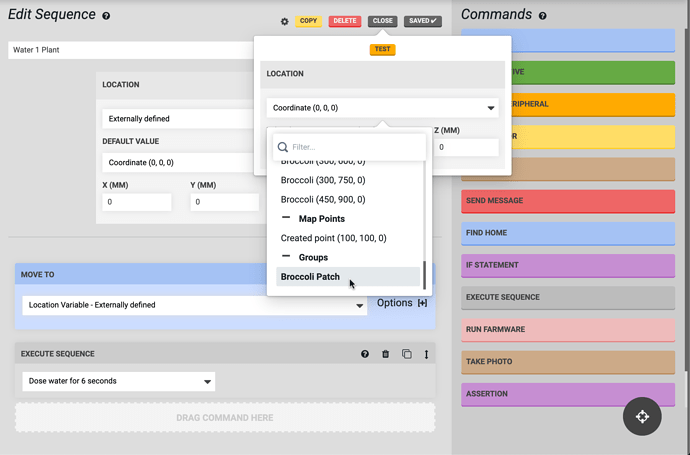 Once you’ve verified that FarmBot is operating how you intend, you can run this sequence over your group of plants with an EXECUTE COMMAND in another sequence, or in a regimen, or an event! 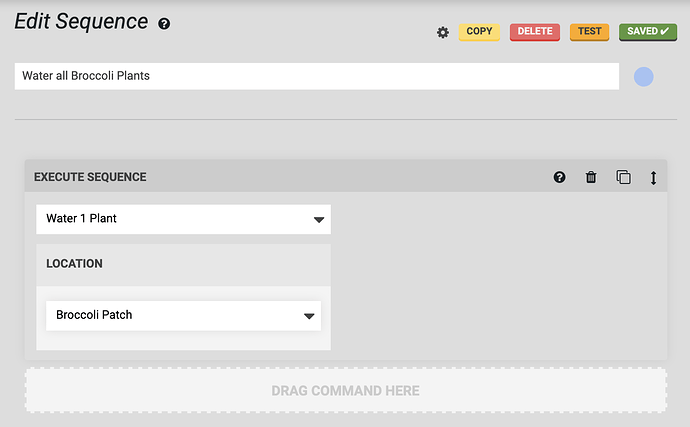 We’ve wanted this type of functionality built into the FarmBot app for a very long time, and we are pleased to finally deliver it to you. Thank you all for your patience, and we look forward to your feedback on how to make this even better!

And if that wasn’t enough, here is a roundup of some other recent improvements:

And big thanks to the open source contributions from AscendFB and kbravh: