Today we are announcing several updates to the FarmBot web app, the Genesis CAD models and docs, as well as a big internal transition for our documentation platform. Here’s what’s new:

For the last several years we have hosted our documentation hubs with readme.io. With individual hubs for FarmBot Express, FarmBot Genesis, the web app, developers, and our business itself, hosting with readme was quite expensive. We also were constantly running into the limits of customization that readme allowed, hindering our efforts to provide the best, most useful open documentation for our products.

Over the last two months we have migrated fully off of readme and are now serving our documentation hubs directly from GitHub using static site generation. What this means for everyone today: 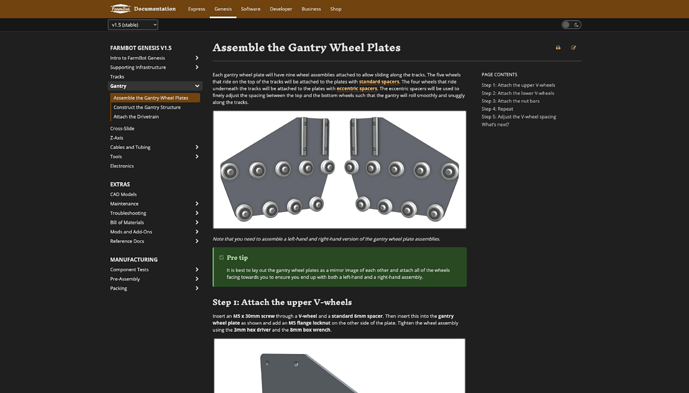 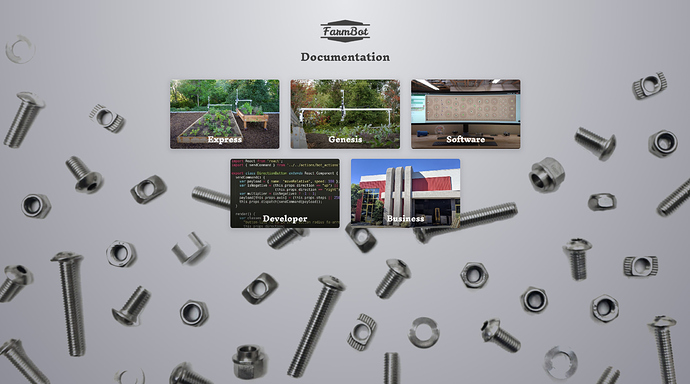 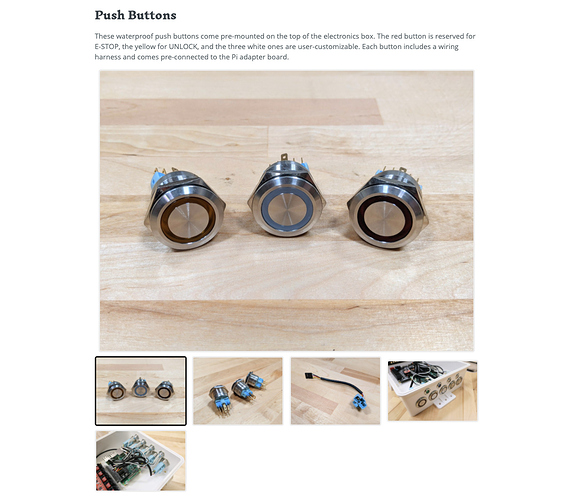 Going forward, we now have the freedom to improve the docs in new ways that were not possible using our previous platform, including:

Stay tuned for further updates, or feel free to send us a PR!

With a new batch of Genesis v1.5 kits about to begin shipping to customers, we put in considerable effort to improve the Genesis CAD models and docs where we were previously lacking.

Most notably, the CAD models now accurately represent the cable carriers as links + snap-in tabs (as opposed to one part), and all of the cables and tubing have been overhauled in Onshape for increased accuracy. This amounts to more images in the Cables and Tubing section of the docs that better communicate how to complete this portion of the assembly. 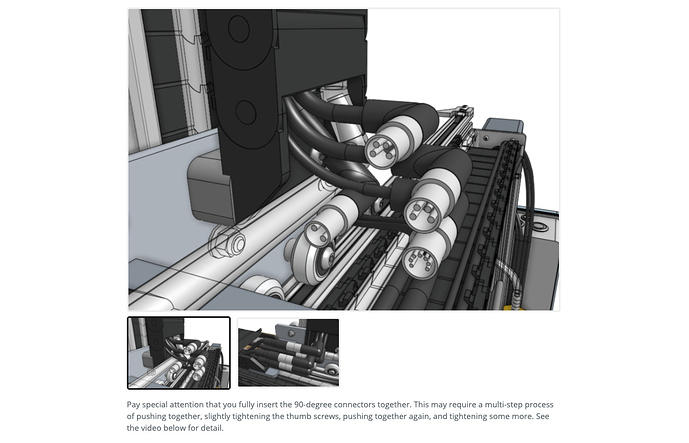 There are also now updated BOM entries with additional part photos, an amended change log to reflect the minor changes from the most recent production run, as well as a growing number of pages we use internally with our manufacturing partners. Enjoy!

With the switch two months ago to a new release management system, we’re now pulling out the code that supported the old OTA update system. If your FarmBot is currently being stored for Winter, come Spring you will need to re-flash the microSD card with the latest OS.

The map menu has been overhauled to take up less vertical space. Additionally, a new Z toggle reveals a visualization of the Z-axis location as well as the Safe Height, Soil Height, and Slot locations. 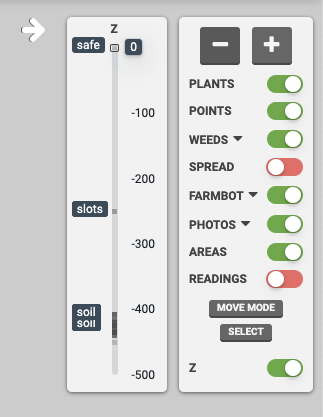 The hex grid planting feature has been improved to allow for an odd number of columns, as well as automatic spacing adjustments - multiplying by sin(60) - when toggling from cubic to hexagonal packing for maximum density. 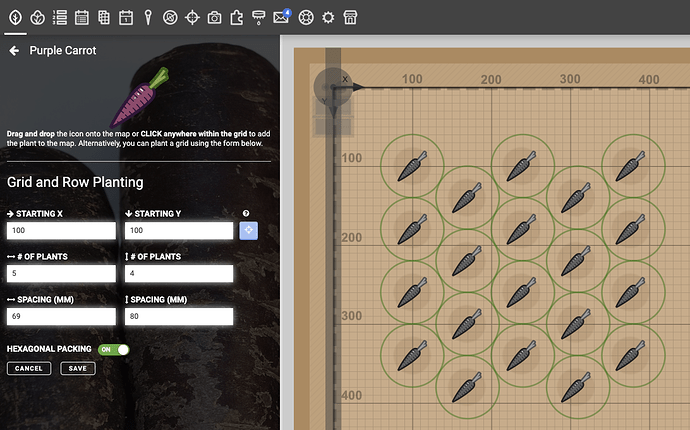